Costly penalty and mandatory training both required for Amazon, the giant online retailer, as part of noncompliance violation settlement agreement with EPA.

(Washington, DC – February 15, 2018) –  The U.S. Environmental Protection Agency (EPA) announced an agreement with Amazon Services LLC to protect the public from the hazards posed by unregistered and misbranded pesticide products. The agreement settles allegations that Amazon committed nearly four thousand violations of the “Federal Insecticide, Fungicide and Rodenticide Act” (FIFRA) – dating back to 2013 – for selling and distributing imported pesticide products that were not licensed for sale in the United States. 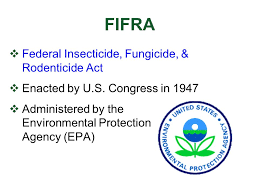 Amazon, the world-wide internet retail giant, has made a settlement based on previous illegal and harmful fulfillment services violating the Federal Insecticide, Fungicide, and Rodenticide Act (FIFRA). FIFRA is a United States federal law that set up the basic U.S. system of pesticide regulation to protect applicators, consumers, and the environment. These violations included the third party distribution of unregistered and misbranded pesticide products that were sold and produced by companies outside of the U.S. These illegal pesticides are “pesticide products that are sold or distributed without a valid EPA registration” and can include harmful ingredients that can be hazardous to human health.

In 2015, EPA ordered a stop sale against Amazon forbidding the sale of these items. Amazon has since pulled the products, prohibited foreign sellers from selling pesticides, and has taken a more aggressive monitoring of illegal pesticides on its website.

The terms of the agreement state that Amazon will develop an online training course on pesticide regulations and policies. The training, and successful completion, will be mandatory for all entities planning to sell pesticides on Amazon.com. In addition to mandatory training, Amazon will also pay a penalty of $1,215,700 as part of the consent agreement.

Read more about the settlement here.

This is a great example that noncompliance violations can happen to anyone, companies big or small. No one wants the costly fines and negative press associated with these kinds of violations. Educate yourself and your employees on the environmental and safety rules and regulations that apply to your job.

Reduce your risk. Get your training now.