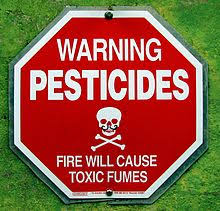 Costly fines and compliance training were the settlement actions given to a Hawaiian agricultural company as part of their federal pesticide regulations violations. EPA announced these safety violations against the company and stated necessary actions including paying penalties and developing training programs for their workers on pesticide safety.

Under the settlement, Syngenta Seeds, a subsidiary of Syngenta AG, will spend $400,000 on eleven worker protection training sessions for growers in Hawaii, Guam, and the Northern Mariana Islands. Syngenta will develop a curriculum and training materials tailored to local growers who face pesticide compliance challenges related to language, literacy, geographic and cultural factors.

Syngenta will also develop compliance kits for use at these trainings and for wider distribution in the agricultural community in English and four other languages commonly spoken by growers and farmworkers in the training locations – Mandarin, Korean, Tagalog, and Ilocano. Syngenta will make the kits available to the public by posting the materials online for three years after the trainings are complete. Syngenta will pay a civil penalty of $150,000 as part of the settlement.

“Reducing pesticide exposure for the millions of farmworkers who cultivate our food is a high priority for EPA,” said Alexis Strauss, EPA’s Acting Regional Administrator for the Pacific Southwest.  “This settlement will bring to Hawaii and Pacific Island growers much-needed training to protect agricultural workers.”

In matters referred to EPA by the Hawaii Department of Agriculture, EPA found that in two separate incidents at its Kekaha farm, Syngenta failed to notify workers verbally and with signage to avoid fields recently treated with pesticides, resulting in exposure and hospitalization of workers. In addition, EPA found Syngenta failed to provide both adequate decontamination supplies on-site and prompt transportation to a medical facility for exposed workers.

Restricted-use pesticides are not available for use by the general public because of high toxicity and potential to injure applicators and bystanders and to adversely affect the environment.

You can view the full release on EPA’s site here:

Make sure you get the training you need before it becomes a safety hazard for you and those around you. In addition to the many health hazards, violations like these cost companies a lot of money, along with the bad publicity. Be smart and get ahead of the game. Shop our training now.